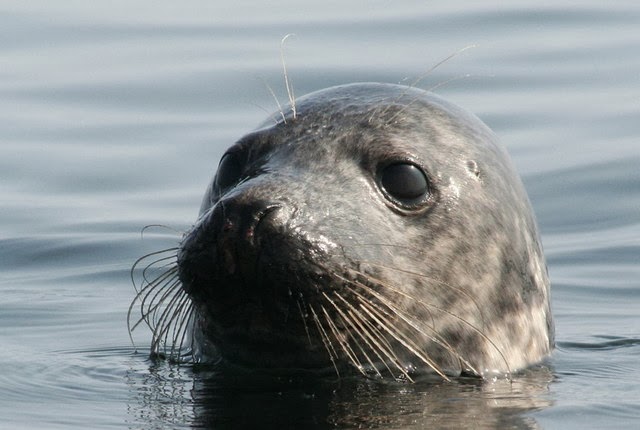 2. Riptide
He rides the surf in after the first sunset of the spring.
Tongues tangle, limbs entwine on first contact, every minute precious, measured in undulant beat of bodies braided with swirling sand and foam.
Seal song rising, a duet of sighs and moans. His luminous eyes plumb the depths of her heart, perceiving his woman’s desires. Nimble tongue uncovers cached pearl, as easily as his sleek form plumbed sea.

3. Remittance
Burning through 364 weeks of missed passion in twelve hours, parting as the first crescent of sun peers over earth’s rim. He’s gone with the turning tide.
Lonely nights and a nursery full of dark-haired children, born seven years apart. Babes who swim before they can walk, never talk, but speak their love with soulful eyes and wordless song. This the price she pays to be the selkie’s wife.